So, what is a major gift, anyway? 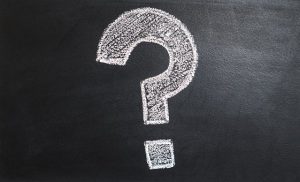 This is a seemingly innocent question that elicits responses all over the charts. Nearly every nonprofit uses the term ‘major gift’ and has a quick definition of its meaning, but no two definitions are the same.

To many nonprofit boards, a major-gifts effort is simply about asking a segment of the donor base to consider a larger gift. Some slightly more creative boards, still believing the process is transactional, might include giving societies to recognize these larger donors. “Donors will just give more because we are asking and we need it, right?” My personal favorite oxymoron is the term ‘major donor marketing,’ implying that major gifts are the result of this impersonal promotion strategy.

Now that I have put myself out there and taken a bit of an arrogant and self-righteous stance on major-gifts fundraising, let me walk it back a little. I recognize that all nonprofits want to have donors who give large gifts annually in support of their noble missions. Development professionals and board members are continually thinking of new ideas that will produce such donors. It stands to reason that any approach utilized must, at some point, involve deliberately asking prospective donors to consider larger gifts. I agree with and support this train of thought. But let's dig a little deeper into what major-gifts fundraising should truly be about.

What you invest in something is almost always proportionate to what you get out of it. This life rule is true for most anything worthwhile. As kids, most of us wanted a quick fix to our challenges and rarely wanted to put in all of the hours practicing the piano (or the like) that would produce the best result. We know in our personal lives today that our most precious relationships (God, family and friends) require great effort to build and maintain.

This rule applies as much to fundraising as it does to any other aspect of our lives. There is no quick fix if we are to experience the success of engaging donors in support of the mission we represent. Although it sounds cliché to say it, development truly is about relationships. Each donor connects with your mission in a unique way.

Our goal as development professionals is to create a path for each donor to grow in relationship with the mission and, ultimately, to enrich that donor's life in some meaningful way.

One symptom of a deep and healthy donor relationship is a large gift. Contrary to popular belief, large gifts are not simply given for the asking – at least if the gift is to be sustained. Large gifts represent investment from a donor into a mission with an expectation of some return. The return might be seeing the direct impact of his/her giving, or any other result that brings the donor satisfaction and joy.

If we believe that the large gift was given just because we asked, then we are destined to be disappointed when the donor chooses to direct his/her giving to another mission in the future.
The bottom line: major-gifts fundraising should really be called relationship-based fundraising, because that is the most fundamental definition. If large donors are not engaged in some reciprocal and meaningful relationship with the nonprofit's mission and its ambassador, then the funding will likely be short lived.  Sustainable major gifts fundraising requires a strategy and a deliberate effort to develop, deepen and maintain relationships.

The next time you are asked the question: "what is a major gift?," consider the following answer: "A major gift in our organization is one that represents a meaningful and personal commitment from a donor who is in relationship with both our mission and with us." If this becomes the focus of your efforts, the size of the gifts will not only grow, but also be sustainable.