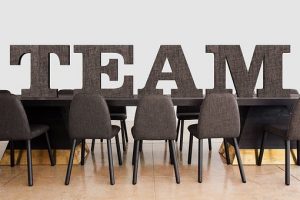 Whose job is it within your organization to raise money? Most who answer this question give the name of the Development Director - and they would be wrong. The right answer is every staff member, every board member, and every volunteer. Creating the right mindset among the entire team will lead to new opportunities for growth in your mission.

Asking whose job it is to raise the money is a little like asking whose job it is to keep the house clean at home. If my kids were asked this question, they would quickly and incorrectly respond that it is Mom’s job to keep our house clean. That is because Mom (my wife) is the one who manages our house and makes sure that everything gets done. So while it is true that their Mom is the force behind keeping the house clean, it is the entire family's job to actually do the work.
This mindset is a common and recurring problem in non-profits stemming from the notion that raising funds is something most want no part of. Fundraising is the activity that is often excluded in statements from staff and volunteers when they say  "I will do anything for this organization as long as I don't have to ask people for money" or, "I am not good at fundraising."

There is an inherent fear of fundraising in many people. It is this fear that leads to decisions that take the path of least resistance – to only conduct non-intrusive, non-confrontational fundraising events like auctions and golf tournaments. This is a widely-held and incorrect mindset that leaves a single person (the Development Director) left to raise all of the money.

So to all other staff and volunteer support in nonprofits, I have good news and bad news. The bad news is that you are all part of the development team whether you like it or not! The good news is that you don't have to ask other people for money to be part of the team. There are other functions to perform that do not involve asking for money. But for the sake of this article, I will focus on the majority of the team who can and should get involved in asking others to give.

We are all gifted in different ways. To think that we all must be able to perform in one specific way equally is a misconception and an assumption that will only lead to frustration. That being said, fear of asking others for money is not a great reason for not trying it. In most cases, people fear something because of two reasons:

So let's attack each one of these. Knowing how to ask for money is academic and can be resolved by having a reliable and credible resource lead a training and orientation session with board and staff members. A thorough understanding of the entire invitation process, supportive tools and material, and role playing can ease the anxiety associated with asking and even help most get comfortable with something they never thought possible.

Adopting the proper mindset involves simply thinking through the logic and perspective of representing a nonprofit.

As a volunteer or staff member (non-Development Staff) of a nonprofit, you have chosen to associate yourself with a mission in which you believe and, therefore, are the best possible representative to extend the invitation to others. In a very real sense, you are better positioned to ask others than the Development Director, who is the only person paid to ask others.

When you invite others to give, you are doing so to fund a mission that you are passionate about and, presumably, that you have already supported personally. You are simply asking others to join in support of a worthy mission.

When you extend an invitation to give, you are passing on something that has enriched your life in some way and that you believe will enrich others lives in the same way if they choose to give. In this sense, it is no different than recommending a good book or movie.